The time has come to embrace who we are as a species and evolve through every avenue available. We cannot continue to oppress each other to fulfill our illusions of superiority. We come from a tiny planet to have such delusions of grandeur. The time has come for a global awakening.

AND HELP US MAKE A DIFFERENCE!

Why We will Deliver Real Change

I am Roque De La Fuente III, and I was born in San Diego in 1983 to parents of Latin European descent and Persian Descent. This diversity in ethnicity allows me to understand the struggles and needs of the American people. I have always been a fast learner speaking at only eight months, so communication is a vital part of my life. I studied in San Diego at All Hallows Academy and later at St Catherines Military School in Los Angeles. I then finished my high school studies at Bringham Young University and Gstaad International School. Then I went on to study at the University of Maryland and the University of San Diego. My field of interest was economics. After college, I worked at the National Enterprises and started a mining company and generated countless jobs that supported many familes. Today I still work with both and have been developing political strategies for the last 15 years. I am currently single and live in San Diego. I’m ready to overhaul the entire global system to benefit the American people.

Explore the Strategies that Will Make the Change

The time has come to embrace who we are as a species and evolve through every avenue available. We cannot continue to oppress each other to fulfill our illusions of superiority. Our planet is a small and fragile world among the stars. Realizing this picture, we must not have such delusions of grandeur that will separate us from being unified. The time has come for an awakening. Let me be the vehicle that frees us all and brings a brighter future. And let us build a planet that will allow our American people and the human race to thrive.

Medicine is an essential human necessity; therefore, we must make it a human right. The people of the United States will have free healthcare at any cost. We will create laws and legislations that will control the profits made by the healthcare sector and by not allowing a profit margin higher than 10 percent. The costs for this will be paid yearly at a central bank level, no matter the cost. People will not suffer any longer at the hands of phantom local currency supply and demand.

Free education must be a human right since it is the only way for our generations to thrive to sustain our human race. Therefore we must fight to make education free in the United States and across the globe. People will no longer be a victim of capital intellect. The government and the respective regional central banks will work together to create and execute a plan for free education.

United, we will have a brighter future

We will secure laws enacted to make Led lightbulbs compulsory; this will reduce the grid load by at least 60 percent lowering the over need for energy infrastructure. Energy will also be free bankrolled by the central bank. Cars will go electric, and everybody will have free power. The appropriate regional central bank will globally subsidize nerf companies.

Oil is not the fuel of the future; if these people think we are going to put gas stations in space, they have lost touch with reality. Currently, infrastructure is 30 percent of the global budget. When personal transport takes to the sky, these roads will be obsolete. Global evolution funds will be issued centrally, and hidden technology will be released and developed to make our transport needs to the sky. We can change the very face of our planet and will preserve nature in many ways; it will eliminate the need for many costly, environmentally unfriendly practices.

The Earth has suffered enough at the hands of capital gains. The time is now to take a concerted global action to recycle every last piece of trash that we produce. We will follow the Scandinavian countries model where there will be no more trash, and eventually, the recycling process will be 100 percent. We will reach a production symbiosis with our waste, and we will no longer have to exploit our planet to survive.

Global debt relief is the only way to move forward and achieve the next step in human evolution. Therefore America must step in and lead the change alongside all other countries. Capital must be issued at a central bank level to provide the global money necessary for free health care, free education, and green infrastructure worldwide. The debt relief will substantiate a global green economy and a modernization of the global debt order. All government debt worldwide will be paid off in full by the appropriate regional central bank authority. No longer currencies are backed by gold; there is no reason why the central banks cannot fulfill these objectives with the support of their governments.

We must change our policies as technology evolves.

As automation progresses, there will be fewer jobs left for humans to fulfill, the world will belong to the engineers, and the majority of the global population will be left to sit and reflect. Education and spiritual evolution will be the only way forward for most of the population. We will create a program that grants a monthly allowance for survival. Free Education and free Healthcare will reduce the costs of survival. This allowance will be absolutely necessary for the survival of the common man in a world where machine automation takes precedence over almost all forms of human labor. Universal basic income in the future will be necessary for our survival.

Currently, the Bureau of Land Management controls most of the land in the country; land will be taken from the public and given to the homeless to live any way they see fit. They will be cities built by the homeless for the homeless. These people must have a way to flourish in a way they can accept. They will have a chance to live their lives without the pressures of modern society. They will be free to thrive.

Drugs will be decriminalized but not legalized; addicts will not go to jail; they will go to mandatory rehab until they are fit to return to the populace. Sweden takes this approach and has empty prisons and a meager crime rate. Addicts are ill people, not criminals, their health and safety will be a priority of the people and not a burden to the humble taxpayer through costly and lengthy prison sentencing.

Petroleum Industries substantiate a large percentage of the global economy; there are economies that depend on oil revenue to survive; this cannot be overlooked. Plastic, a by-product of oil, is the longest lasting of any human-made creation. Plastic will be used to print the buildings of the future. Structural plastic will be the most efficient construction material ever conceived by man. It is the highest and best use for oil and will preserve the oil economies of the world. This construction method will not only revolutionize every aspect of construction, but it will also change the way civilization interacts as this method will be abundant and available for all. These buildings will last much longer than the current status quo. We will be able to build a planet for everybody at a far cheaper and environmentally friendly method with buildings that will be made much faster and last much longer than the current methods employed today.

The current two-party system is very corrupt and not keen to allow newcomers; in a digital era, the paper and pen system of voting seems inadequate and, in instances, look obsolete. We intend to create an application that is available to everybody. With a new realtime voting software, we will be able to create a real direct democracy. The American people will vote on everything whenever they want. Creating a senate of the people with realtime voting on any issue the populous will feel is necessary. It will be the purest manifestation of the voice of the people. Everyone will be heard. We must move forward and change the system to allow people to in every single aspect of direct population governance. Power will be decentralized, and the people will have their say. The elected officials will have to act based on the voice of the people and not the whim of the empowered elected. Lobbyists will no longer rule, but the majority will.

I will bring real solutions to the American people.
DONATE NOW

Our prison system is the most obsolete form of rehabilitation in existence. It is not working with most people committing repeat offenses after release. Therefore we must create an entirely new type of imprisonment system to address this issue. The very essence of the prison system is to protect the populace from the future actions of the convicted, not to destroy and scar the sentenced for life through harsh draconian restrictions of the incarcerated natural born freedoms. We will build prison cities on public land where the imprisoned will have a chance to serve his debt to the public in a way where he can move forward and live his life. The cities will be built by the prisoners and governed by inmates. A restriction will be placed on the inmates to have access to some of the cities; they can live with there families if they choose in these new rehabilitation cities. Release from these cities will be very much like the current system the difference being that the incarcerated will have a chance to build his life and thrive and work in these cities. Currently, the prison system is obscenely overpriced and grossly inefficient. It costs about the same to imprison somebody as it does to employ a minimum wage worker full time. This is ridiculous and needs to be completely overhauled.

The Deficit and Government Spending.

Profit Controls will be placed upon any government Contractor fulfilling the needs of the public. There will be no more private sector barbarities in pricing to the public. The public will be protected, and price gouging the public will be a criminal offense. There will be stringent enforcement of government spending in the private sector, and profit controls should stabilize global government spending. The deficit will be abolished with the new global debt order for every country and nation on the planet. Stringent global profit controls on government spending will be enforced to prevent another out of control deficit scenario. We will not allow lobbyists to control public expenditure and artificially bleed the public dry through political donations used to secure absurd profits with contracts acquired through donations to the issuing body. As far as we are concerned, the fun and games are over; we are looking at a radical restructuring of the status quo to usher in a new era of global evolution.

United, we are strong

“ We will build a broad global coalition with friends and foes. With this coalition will slowly proliferate are humanitarian evolutionary beliefs throughout every corner of our small planet until we are the example and are ready to enter the cosmos in a way that is respected by all universal lifeforms. It is time to build and be an example for future generations who will one day go forth and colonize the cosmos.”
Rocky De La Fuente IIICandidate 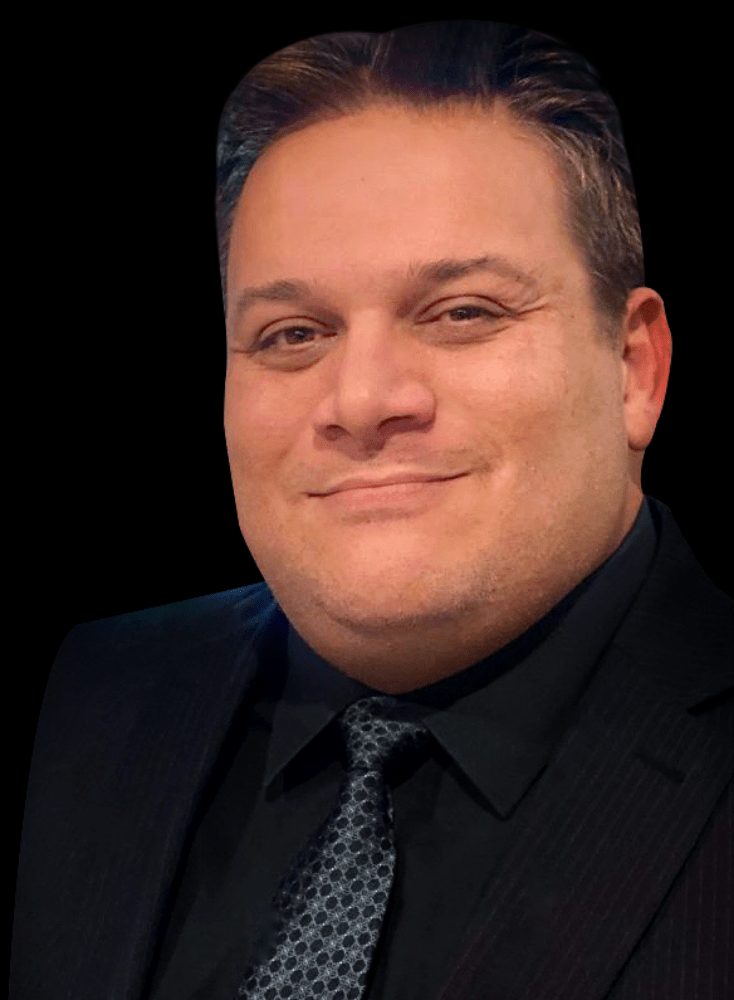 The time has come to make a change for all of us. We cannot continue to oppress each other to fulfill our illusions of superiority. We come from a tiny planet to have such delusions of grandeur. The time has come for a global awakening.